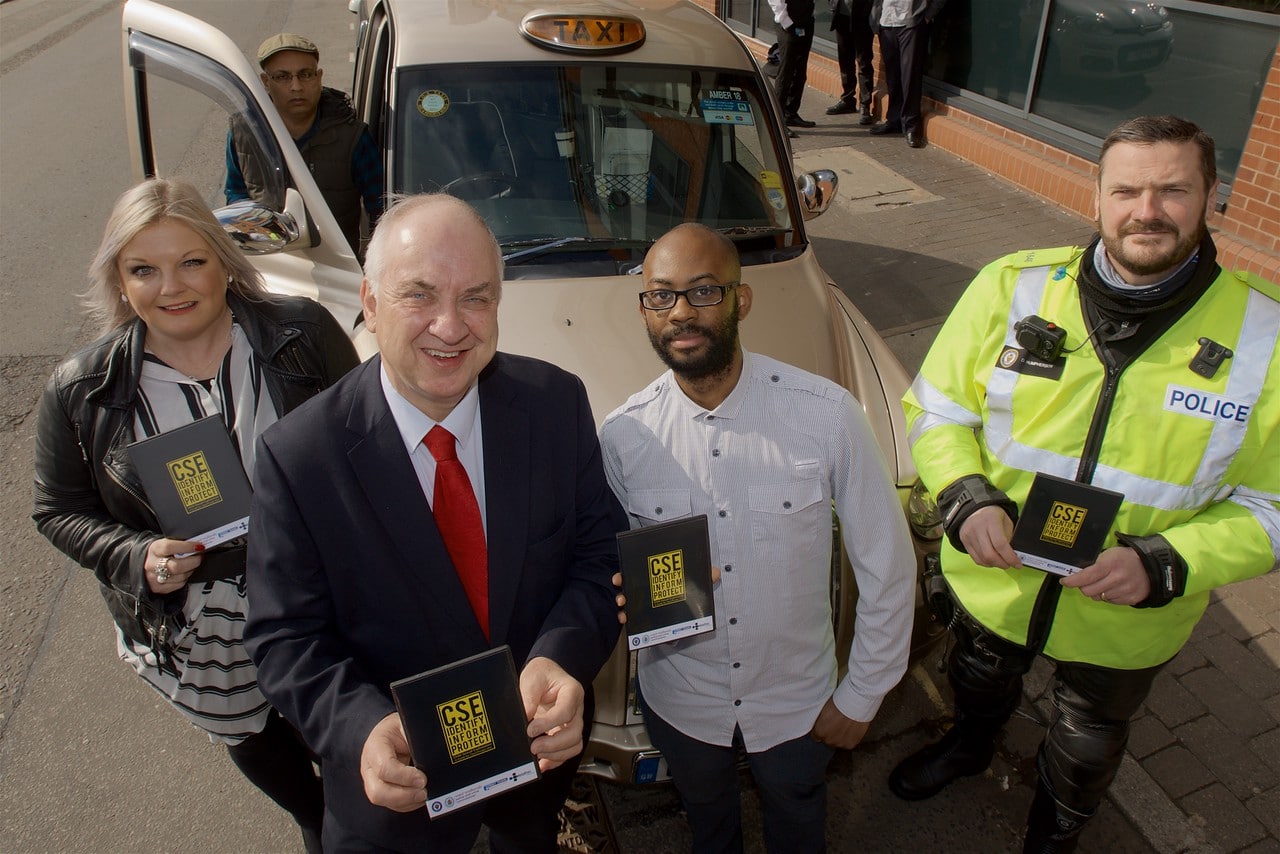 An innovative project is being launched to enlist taxi drivers in the fight against child sexual exploitation. The project has been funded by West Midlands Police and Crime Commissioner David Jamieson, using money seized from criminals via the Proceeds of Crime Act.

Filmed and produced by LearnPlay Foundation, an interactive DVD will shortly be available to be delivered across the West Midlands via all local authority taxi licensing teams. The interactive DVD is one hour long with lesson notes that aim to educate taxi drivers, make them aware of the possible signs of child sexual exploitation and shows them their responsibility in safeguarding victims.

The DVD is aimed at taxi drivers as they are often in a position to spot the signs of child sexual exploitation.

It is hoped that such training may become mandatory for all existing licence holders and that this training will be given now to all new applicants across the West Midlands. In this way, the awareness of child sexual exploitation will increase and valuable intelligence around this crime type will increase.

West Midlands Police and Crime Commissioner David Jamieson said,
“This is an innovative project which is aimed making taxi drivers aware of the signs of child sexual exploitation and the role they can play in safeguarding victims from harm.”

“Child sexual exploitation is a very important issue that I take incredibly seriously.”

“The way to tackle ‘hidden’ crimes like child sexual exploitation is to bring them out into the open. This scheme is aimed at doing just that.”

The material has been designed and produced by Street Teams, which is a charity working with the victims of child sexual exploitation in the West Midlands area based in Walsall.

LearnPlay Foundation is a full service multi-media agency based in West Bromwich, delivering design, film and interactive game based campaigns. As the largest apprenticeship provider in Sandwell, LearnPlay has skilled up a vibrant new workforce – working with a range of statutory bodies, responsible authorities, and both private and public sector clients.

“Child Exploitation is a serious and delicate subject, with many taxis and private hire being unwitting pawns in this sordid sex industry. Our commission from Walsall Police was to produce the film and brand identity for this project – encouraging the drivers to be the ears and eyes that can help protect these vulnerable children. It was important to approach this subject in the appropriate fashion; we are proud to play a part in such an important project.”

All stories by: LearnPlay Foundation
We use cookies on our website to give you the most relevant experience by remembering your preferences and repeat visits. By clicking “ACCEPT ALL”, you consent to the use of ALL the cookies. However, you may visit "Cookie Settings" to provide a controlled consent.
Cookie SettingsREJECT ALLACCEPT ALL
Manage consent